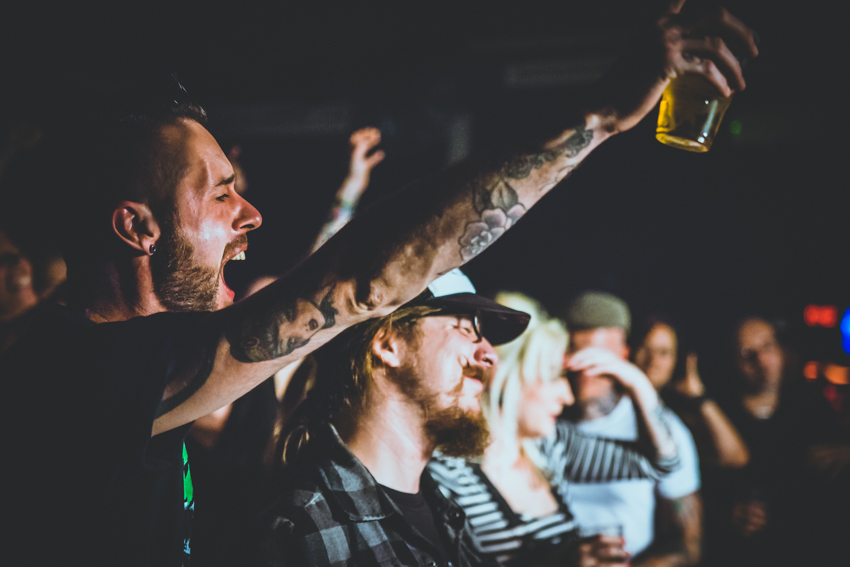 How amazing is it that as a first article on a new blog about roots music, punk rock and all other music my wife and I love with all our hearts, I get to write about Scott H. Biram, James Hunnicutt and The Freeborn Brothers. The latter may not be known that well with our readers, but I recommend you all check them out. Hailing from Poland, Niko and Matt are two of the most wonderful guys that will ever cross your path. Riding thousands of miles all over Europe to perform their own blend of hobo gypsy trash grass… Yeah, that’s what they call it, I call it, “what the fuck did they just do, that was fucking insane!” But then in a good way…

More about them later.

Last weekend Scott H. Biram came to Belgium to promote his new album “Nothin’ but Blood”. First things first, this album is way better then his previous one “bad ingredients”, but that is my opinion. Scott never really disappoints. Each of his albums has songs that go straight to your heart. Long fingernail, for me will always be his best song.

MOD in Hasselt was the place to be, it’s a semi-independent music venue that does great work to promote local talent and also has the big shows. The great thing is that they have a small room with an intimate stage for shows as these apart from the big stage.

Due to work obligations I missed the opening act Fernant Zeste, so I’m not going to talk about him. I hope he had fun and played a great set.

A Biram show for me is always linked to booze and good friends. My first Biram show was with my brother-in-law Stef Sweetboy and my good friend Jumpin’Jim, both in Black Cat Bone Squad.

I remember it vaguely, a typical Belgian Blues rock festival, Scott shocked the old guys, we loved it and kids where crying because he yelled at them for being little fuckers trying to play on stage… But that’s what I remember. I don’t think mister Biram remembers the second show I saw him play, he was just drunk, the show was not that great… This one was!

The moment I walked into the venue I was handed a beer and greeted by some of my best friends in the world and I knew that this was gonna be a good one! And hell yeah, it was! Yes, mister Biram was a little drunk, but a good kind of drunk, the kind when he let’s his demons out and wants to party with the people in the room. He played us some of his new songs like the ass kicker “Jack of Diamonds”, “Church Point Girls” and “slow and Easy”  mixing them in with older song and off course some old blues songs. Switching from acoustic to electric guitar, from slow but dark driven blues songs to almost metal songs he had the crowd with their throath from note one. Folks where dancing, drinking, singing and screaming for more. “Truck Driver”, he played Truck Driver and for us, the people who know his stuff that’s always a kick ass song to sing along to. When he played “still drunk, still crazy, still blue” he had the whole room singing along. An amazing moment… I have to be honest, I was tired from,a long day at work, and I was fulfilled when his set ended, but you know people always want more. Scott knows this aswell. So he did a few more… Those few more were fueled by the whiskey he was drinking all night and as I was still sober, well, he shouldn’t have done it… But the drunk folks loved it!

It was a great night, with great music and friends. I got me a copy of the new record at the merch and drove home listening to some Darkthrone… It just felt right… 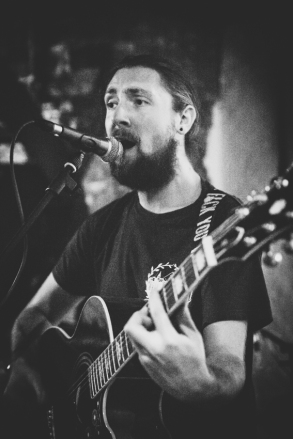 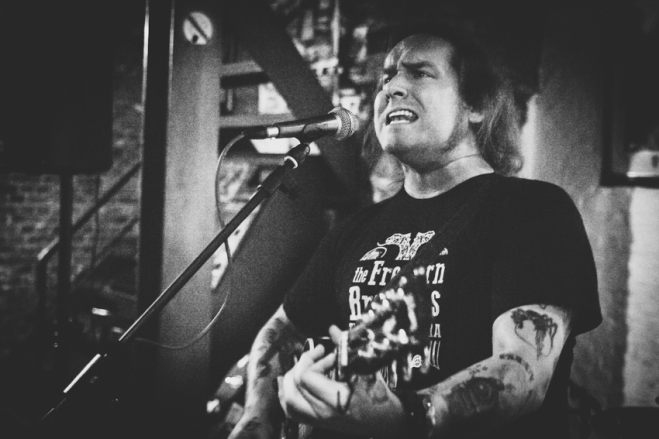 Two days later on sunday it was time to get our asses to Aarschot, a scenic little city in Belgium. Cafe De Flater (the mistake) was the place to be. Our dear friend and PMA guru James Hunnicutt was starting his European tour there with The Freeborn Brothers. James who arrived in Belgium two days later then planned, due to airline company fuck-ups, welcomed my wife and me with a big and heartfilling James hug. It just lifts you up. It was only a month ago that we said our goodbyes at the Muddy Roots Festival in Cookeville, Tennessee, but for one reason, it’s always to long to go without a James hug.

Redcloud opened the show. I don’t know much about this guy, but he had a good voice and he sure loved Canada… James was next, even if he was the headliner. Marijn, the promoter of the show thought it was a good idea to let James play second, and I think he was right to do so. The man was tired, but thankful as always to have a stage to share his songs with an audience. What is there to tell about a James Hunnicutt show? I have never seen a Hunnicutt show that I did not like. He had me in tears at many, not this one, he had me dancing on stage with “don’t let tear drops fill your eyes”, not this one, he had me singing along with a Danzig song, he had me singing along with a Judas Priest song, he had me singing along with a Cock Sparrer song… Yep, all of these this sunday evening!!! It was just GOOD! And his new songs promise all of us a new “have to get” album. 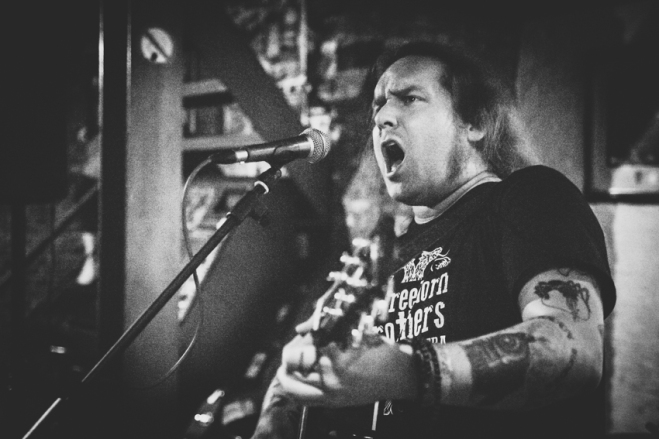 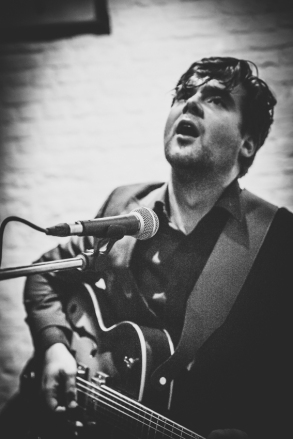 The Freeborn Brothers where up next to end the festivities, and if you have ever seen them you know they fuck shit up! Banjo, electric guitar, drums, washboard, harmonica and two voices, all done by two guys. In this weird, mystical, religious and dirty feeling atmosphere they create you just want to dance, drink and repent your sins to the One below. I don’t care how much they sing about jesus and god, it just feels like they sing for the devil and it feels goooooood! The thick accent in their english songs give it that extra weird feeling. It’s like Dad Horse,  but without being “funny”. Pick up their new album or order it via their Facebook, you will not be disappointed. If you are, you can yell at me and call me names next time you see me.

For a first post this was it. We hope you liked it and come back for more. Wanna see more Scott H. Biram pics? Check them out here!

Posted on October 3, 2014 by oldstylemusic

← Welcome to Old Style Music Nights!
Something something called art →