10 not so random questions with: Baby Genius 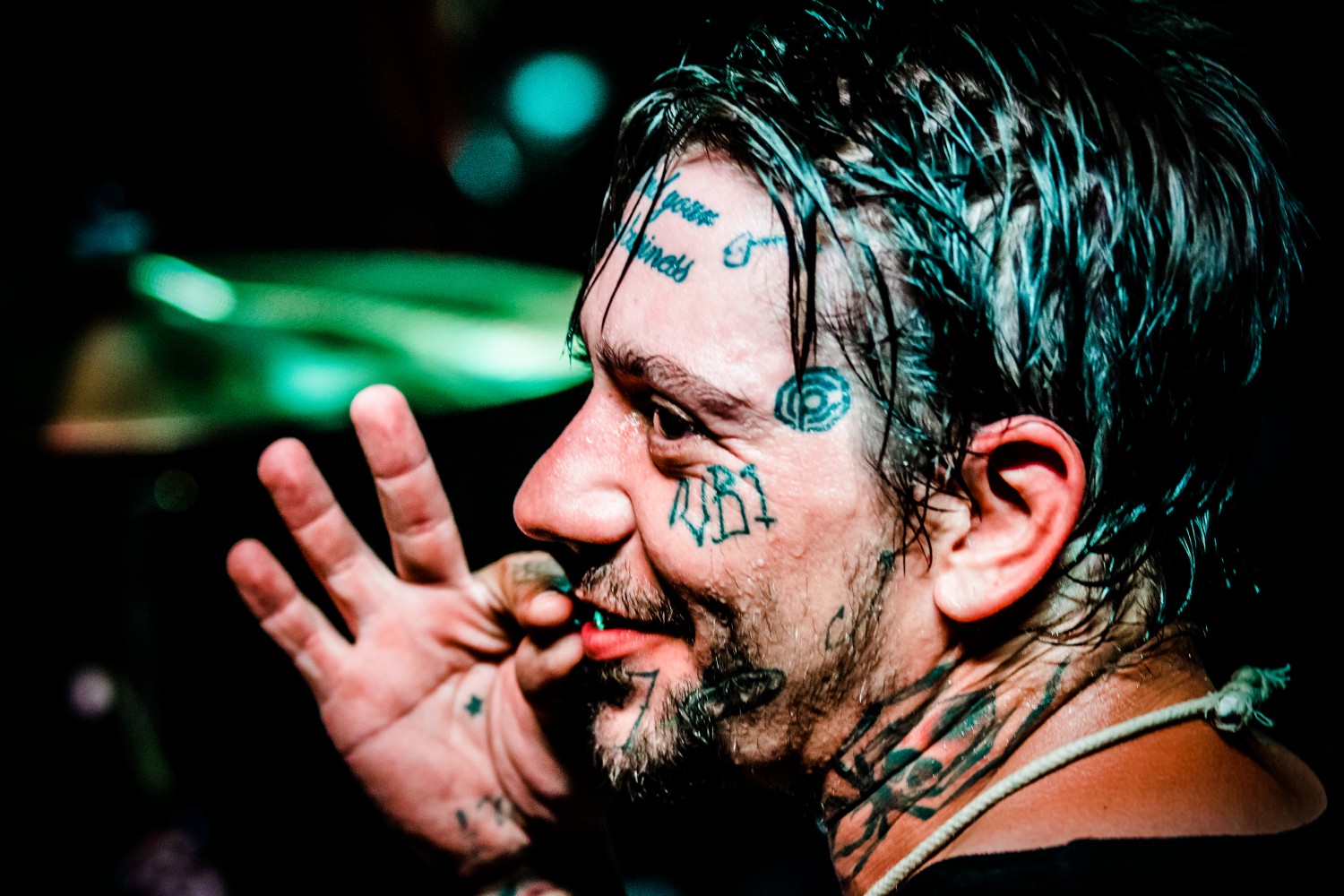 If you have ever been to a The Goddamn Gallows show you can’t look past Baby Genius (for you smartass fuckers: insert joke about his height here…). The man is a ticking time bomb of pure raw energy waiting to explode in your face and release the demons from the darkest abyss of hell onto the stage. Besides that he’s a friendly guy… I remember my first Gallows show, Muddy Roots 2012, I was blown away! For our European readers, The Goddamn Gallows will be at Muddy Roots Europe this year and they will be touring the rest of Europe as well! Go see them, drive, fly, teleport for all I care!
This is the last one in our series of “ten random questions”, we go out with a bang…
Y’all motherfuckers need… Baby Genius!

1. Introduce yourself to our readers please.
I’m Baby Genius of the Goddamn Gallows. I beat on the brat aka the drums.

2. On what record would you have loved to play? (any style, artist, whatever)
I would love to be the new singer of Gwar.

3. What is the first concert that made a real impression on you and made you want to play music?
I was 9 years old, my mother took me to see Ratt in ’89. After that I was sold on rock ‘n roll music. I had a piece of Steven Pierce’s shirt and I would tie it around my head and stand on my dresser and sing Rat songs to the neighborhood kids.

4. Is there a musician/artist you really want to work with and why?
I’d like to work with a few different producers and I’d like to make a rap record with some hip hop artists, Killa Mike, Yella wolf, maybe Master P.

5. How did you end up in this “roots” scene?
It just kinda happened, we had an upright bass so we got lumped in with psychobilly bands and after a few years it just happened. I loved country and bluegrass so did the rest of the band but we never really where going for roots. I don’t know, just because we had a mandolin and a banjo we weren’t trying to be any type of music or genre. We just didn’t want to follow the leader, we cut our own path. Now that’s all it is, roots or die, I prefer punk, metal and rap.

6. Do you believe in aliens, and if so… What does their music sounds like?
I do believe in aliens and honestly I think they don’t have music. There is more to what they do then we could ever know and if they do have music, I bet it’s like native drums.

8. Just like any “scene” this one will explode in time, how do you see the future of this new “roots” movement?
Honest answer – I never cared for scenes and I think the wrong bands will be the ones that “make it”. I don’t consider our band a roots band and I hope if we ever “make it” we won’t be labeled as that, we are a punk band. I mean Modest Mouse uses a banjo in lots of songs and they are not considered roots.

9. What band or record do you really like, but you are a little ashamed about?
I listen to pop punk and rap/hip hop. I like Fall Out Boy and Blink 182.

Posted on December 12, 2014 by oldstylemusic

← 10 not so random questions with: Henry Berger
Punk rock, hardcore and good times to come in Belgium →

3 Comments on “10 not so random questions with: Baby Genius”