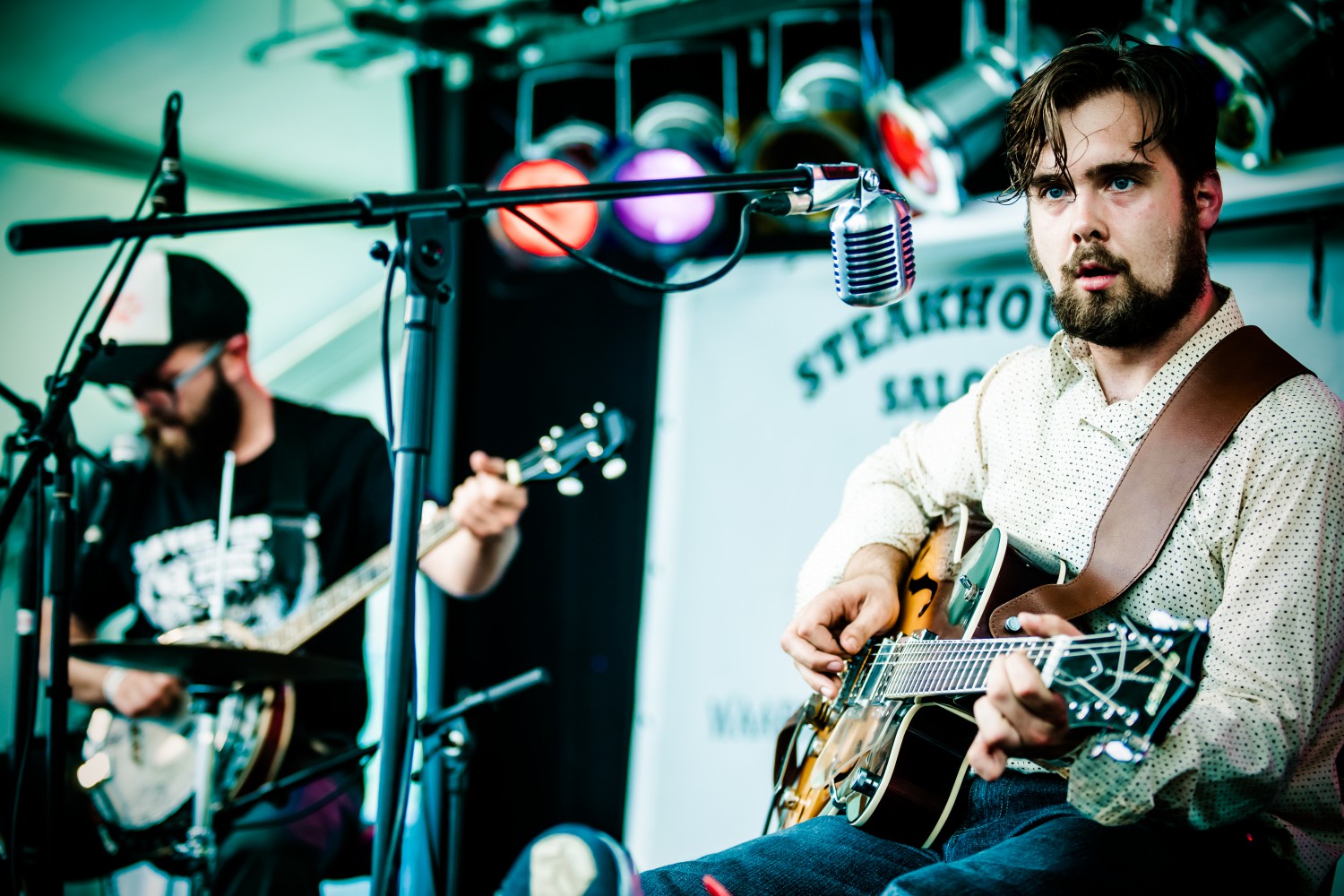 The boys from Poland have a new album out, and the first thing that I noticed is that they are not trying to sound like an American band. They have such an original sound, the album name discribes it perfectly and not at all. What could one expect when hearing Gypsy Hobo Trash Grass for the first time?

The album is mostly banjo and guitar driven with Niko’s steady footdrumming. Matt plays a mean ass accordion and that gives the album it’s gypsy side. So where does the hobo, grass or trash come in, you ask? Well every song is a new adventure, taking you “down to hell” on the 8th track or “Marching to your grave” on the 13th. Even if they are just a two men band, the number of instruments that go in every song makes it so exciting. And yes they pull it of live! In just one song you can see Niko switch from banjo to washboard and back without losing any soul or power.

Both guys have a great voice and know when to let the other take the lead. Some of you may find it hard the first few times to listen through the accents but for me this is one thing that makes this album even better. I don’t think it would have the same impact if they would sing in perfect English. Here is where the gypsy feel comes back in.

The record has a charming live sound, and this is not an excuse for a crappy sound. You get the feeling they are playing in your livingroom or the backseat of your car when driving. I suggest you don’t play this album in your car unless you’re a skilled driver. This is a party album… Maybe not in lyrical content, but damn sure music wise…

Here at Old Style Music Nights we had the pleasure to see these guys play live so many times and feed them a good home cooked meal while they where on the road and let me tell you, apart from being great musicians they are great people. They are trying to get to the USA in 2015 and I hope they get there. Holy crow, the crowd would love it, I can see them blow the imaginary roof of a tent at Muddy Roots, they did it once in Belgium and that’s the mini version…

You can buy the album directly from the band or you can buy it online via their bandcamp page.

Posted on January 8, 2015 by oldstylemusic