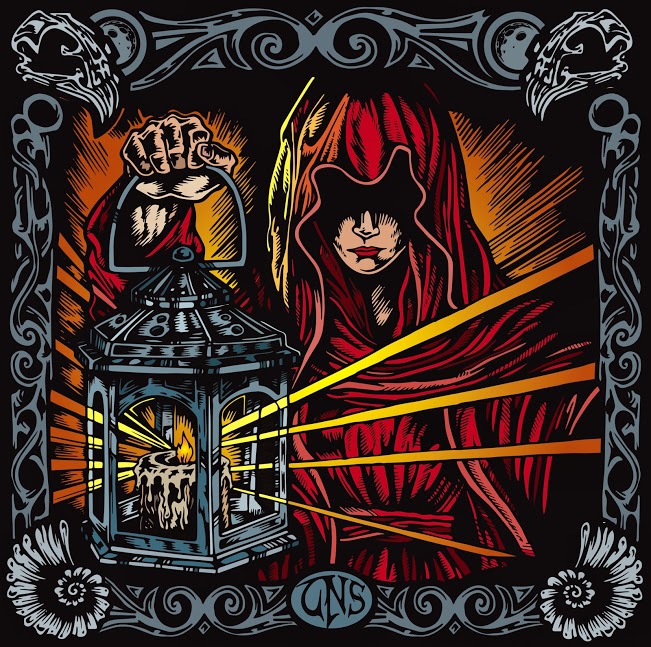 Carrie Nation & The Speakeasy… On the 4th of July 2018 our favorite Brass ‘n Grass band from Wichita released their 4th album or EP, it’s only 23 minutes long… I’ve been told this is the first part of a two piece EP release.

It was a long wait for all the fans as “Hatchetations”, the previous album was released in 2013. But it sure was worth the wait! If you have been following the band for years like I have, you have noticed that with each year passing their sound evolved into a more complex pallet without forgetting about their past. The straight forward “on stage party” was sometimes brutally interrupted by long and slow build-ups, creating a dark and eerie atmosphere. The brass section took a huge role in this and by doing so, the drunken party boy in the front would start scratching his confused head… “Is this a jazz show? I came here to party dude…” But oh Holy Crow, was he wrong!!!

“Bowels & Constants”, the second song after the instrumental “Rümpletum” is the perfect example of the description above. The first two minutes of this five minute song is pure “scene setting”… Something is going to happen, it’s coming and I’m not sure if I want to be here to witness it… But I also don’t want to miss it! That is the feeling it gave me. The bass and vocals come in, a brass-section in the background, building up to the suspense… And then at the 3 minute and 15 second marker, like it was faith, There it is… The PARTY!!! The song erupts in a classic CNS tradition and it is marvellous!

The next one is ” All Men Created Equal” and I’m sure you have seen the video on youtube the guys made for this. (if not check below) I think we can say this is a typical Carrie Nation song, but for sure one of the best they have ever written. I can see crowds dancing and going wild on this one, I know I will, at the upcoming PICKING BONES festival in Belgium on the 21st of June. The band plays a headlining show that Friday.

We continue with “We All Believed” This must be the slowest and most depressive song the band has ever put on an album, and I mean this in a good way. This is angst, disbelieve and rebellion put together in one massive monolith of a song.  Phenomenal!
(for me this is not a song the band should play live, as much as I love it, this is a song to listen to at home, in the company of a good drink and a few dogs…)

I like concept albums, yeah I know, I’m one of the few. The great part of most concept albums is that the songs flow into each other. And with “We All Believed” ending and flowing into “Trismegistus”, which is nothing more than an interlude to get to “Gnosis” it still does the trick!

And with “Gnosis” we again get a song that the band is so known for. The perfect combination between string instruments and brass, up-tempo, great vocal parts, genius instrumentation and atmosphere! And all of this in under 4 minutes!

I think it is fair to say that Carrie Nation & The Speakeasy, with this album, have outdone themselves and that it is clear to see for all what a talented band this is.

Get the new album and shirts here:
https://squareup.com/store/carrienation-and-thespeakeasy