10 not so random questions with: Henry Berger 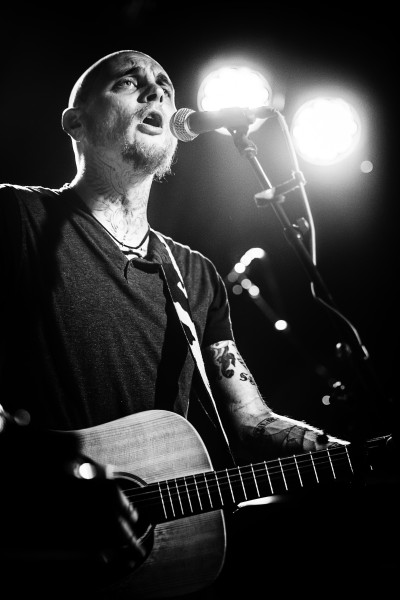 When you walk into a bar in my town and you’re in the company of a young fellow with a silver tooth and a head full of tattoos people are gonna stare at you a little. When this young fellow turns out to be a very nice guy that likes to drink and get down low (you should all see Henry’s dance moves) people don’t mind anymore and you’re in for an evening of fun and shenanigans… Boy, did we have fun while Henry was on tour in Europe with Lou Shields and Hangdog Hearts in june… And remember folks, he’s coming back and he’s bringing his boys in S.S. Web! They will be touring in June and July.

1. Introduce yourself to our readers please.
My name is Henry Berger. I play acoustic guitar/banjo and sing in Steering Ships With Empty Bottles (S.S. WEB).

2. On what record would you have loved to play? (any style, artist, whatever)
I would have loved to be a part of any Johnny Cash album. There’s not much to most of them, so I wouldn’t have stuck out like a sore thumb, and yet they were so influential and filled with amazing songs.

3. What is the first concert that made a real impression on you and made you want to play music?
For me, it was a campfire jam that I was at when I was young and at summer camp. The counselor knew every song every kid requested. I asked him to play ‘today’ by the smashing pumpkins, and ‘possum kingdom’ by the toadies. He nailed both of them and seeing him play both lead and rhythm parts of ‘today’ at the same time, absolutely blew me away and want to play music.

4. Is there a musician/artist you really want to work with and why?
I’m really having fun working with the folks I am currently working with, both S.S. WEB and The Hangdog Hearts. I’ve also done some work with a Chicago band called the Blind Staggers, filled in a little bit with Ando Ehlers, Rickett Pass and St. Christopher. All of these folks are a blast to work with. I suppose I would be into working most anyone as long as it’s a good time!

5. How did you end up in this “roots” scene?
I’m not really sure how it happened. Started playing acoustic instruments and before I knew it we were playing show in Milwaukee, Wisconsin where we are from. It was before I was legally allowed into bars so we just found one that let me in and started setting up shows. Soon enough we started touring and meeting folks in the same vain of music and found ourselves playing with a ton of roots bands.

6. Do you believe in aliens, and if so… What does their music sounds like?
I believed in aliens for a long time when I was growing up. Or I guess maybe I wanted to believe in them. I’d always be drawing pictures of aliens and had some shirts with aliens in human clothing and such. I guess I just a fell out of it when I started skateboarding. If they do exist though, in sure the jams they would put out would be super intense.

7. Who do you believe to be the most overrated band on the planet at this moment, and why?
Bob Dylan. I get what he has done for music, but I think he is the worst, ever. Just a personal vendetta, he is terrible.

8. Just like any “scene” this one will explode in time, how do you see the future of this new “roots” movement?
I certainly hope you are right, and I think it will as well. I don’t really know how it will pan out but I do see more people attending shows and showing support of all the rootsy bands. I guess that’s really all any of us could ask for.

9. What band or record do you really like, but you are a little a shamed about?
The Carter III by Lil Wayne. I’m not going to go into it but, true story.

10. Eating dog shit or record with Toby Keith?
Record with Toby Keith. I really love being in the studio and creating new songs that will be forever out there and available. So even though it would have to be with Toby Keith, I’m sure I’d still have a good time. It’s just a fun process, or at least it can and should be, so I don’t think I would mind it all that much.
TFKOGTFO

Posted on November 28, 2014 by oldstylemusic